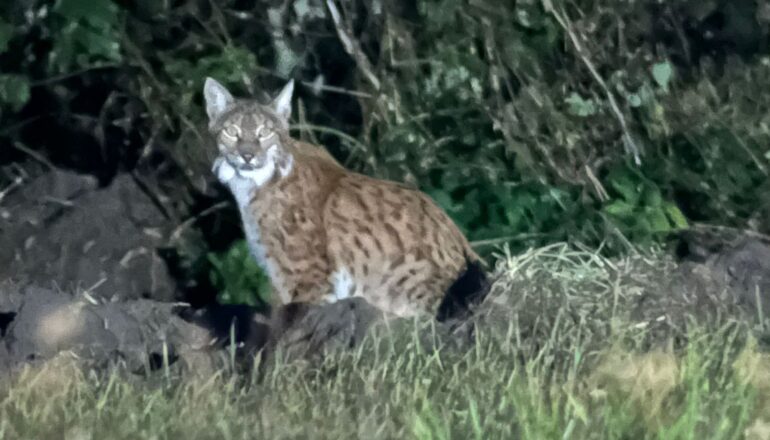 The report from our Environmental Agency revealed that there were about 450-550 Eurasian Lynx roaming around in Estonian forests and fields. For several years now, we have managed to spot lynx more often than we used to. This is not only due to the use of thermal scopes, but also the stabilization and rise of the lynx population.

Let’s look into numbers and history a bit. In the year 2000, it was believed that there were around 1000 lynx and the numbers were rather stable until the year 2010. The reasons for it were 2 consecutive winters with lots of snow and cold temperatures. This had a really negative impact on the Roe Deer population, which is the main prey of the lynx. In addition, the lynx hunt continued until 2014 (only about 55 lynx litter that year), when it was clear that the lynx numbers are still in a downfall, even tho the Roe Deer population got “back on its feet” relatively quickly.

It was believed that there were a number of reasons. First, the dip in Roe Deer numbers, secondly the sensitivity of the newborns to weather and other conditions, thirdly hunting which was allowed until 2014. Another reason was scabies which often went from foxes and Raccoon Dogs to lynxes, as especially the younger animals had to find alternatives when the Roe Deer numbers were down.

It’s difficult to say when are the chances better – in March or in October? Thus, we have created several tours during different times of the year. Until now, we have had a 100% success rate in finding the lynx. Now we even see them during our tours, while looking for other species. We had 1 observation in August 2021, 3 during our Lynx tour in October 2021, 1 during one of the late February lynx tours (2022), 5 observations during a private lynx tour in March 2022, 2 during the general nature tour in June 2022, 1 observation during a birding tour in September, and one observation was made by or self-guided clients in September 2022 (3 cubs!).