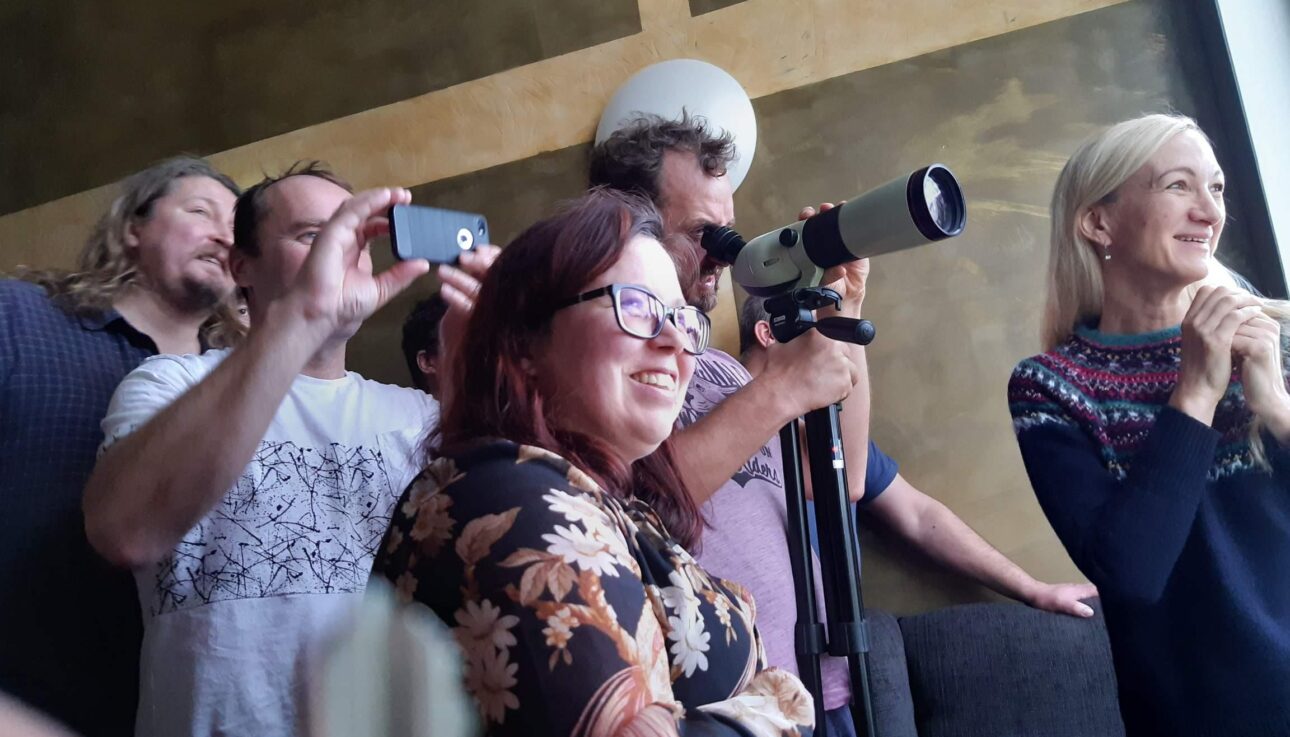 NaTourEst is a travel company specialized in nature tours in Estonia. Our goal is to offer our clients unforgettable and unique experiences. We lead birdwatching and mammal watching tours, also botanical, natural history, and other specialised nature tours. As nature is our working field, we also try to give back and contribute to nature conservation. Read more about our conservation efforts. Our doings in various fields of activity have been covered by various media editions.

The company itself was established in 2008. Our team consists of experienced naturalists and young enthusiastic nature guides.

We cooperate with some well-known European nature tour companies. For example:

The Netherlands – Blue Elephant and Birdingbreaks

Rein Kuresoo belongs to the narrow circle of leading naturalists in Estonia. He has working experience both with ornithologists and botanists, but probably the most successful period of his life was connected with establishing and leading a conservation organization, the Estonian Fund for Nature (or ELF, Eesti Looduse Fond). Two national parks and several large protected areas were established in 1991-95 in Estonia in 1991-95, proposed by ELF under his chairmanship.

Rein has led bird, plant, and general nature trips since 1989 and has written and illustrated lots of books about nature and gardening. He has also authored several textbooks for schools and teachers.

Rein has the ears of an owl, an amazing ability to filter out the spectrum of most subtle birdsong from the bird choir and a bird’s sense of orientation in the middle of nowhere.

Peep is the newest member of Natourest’s guide family. He has been an avid nature friend since childhood and begun guiding in 2015.

He is currently dividing his time between studying environmental conservation, working for Natourest and wandering through Estonia’s beautiful forests and countryside. All of which help him become more knowledgeable about the life around him.

Although I used to be a keen bird-lover in my boyhood, my studies at university were in botany and relationships within plant communities.  For some years I dedicated my life to Matsalu National Park, mapping and monitoring the vegetation and analysing multivariate data with early mainframe computers.

I then became the manager of the Puhtu-Laelatu Reserve and simultaneously ran a small NGO for environmental education. These days were full of paperwork and regulation writing. After jumping off the state conservation system ‘train’ I landed in the fertile soil of tour guiding. I immediately started to fill the gap in my practical everyday nature observations and dust down my species spotting skills. I also rediscovered photography, not as a mere registering tool, but as a tool for fine art as well. During the last decade, I have been growing little by little as a tour guide and a photographer.

In the meantime, I have translated some books, edited several monthly newspapers, and participated in EIA teams.
These days, exercising my latent knowledge, I feel lucky to have studied at Miina Härma Gymnasium and Alma Mater Tartuensis.

I love to walk in the wild and show people my favourite places. Usually, they like it and sometimes even admit they enjoyed my particular sense of humor!  I look forward to meeting new acquaintances and having a great time watching wildlife together.