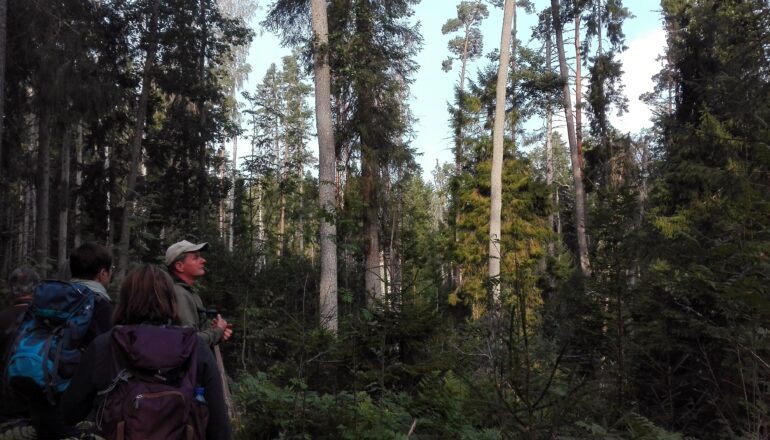 Today it was announced that the Estonian Naturalist’s Society (LUS) is leading a project which aims to carry out the inventory of Woodland Key Habitats (WKH) in Estonia and to improve the environmental knowledge about WKHs. During the first months of the project, experts have already managed map out around 300ha of WKHs. The objective is to find at least 2000 ha of new WKHs in commercial and limited conservation zones in state forests.

After the registration process by regulation of Ministry of Environment and by FSC certificate owned by State Forest Managment Centre (RMK), the WKHs are automatically protected in state forests. On private land, the protection of WKH’s is voluntary, but if the landowners will agree to protect them, they can get financial compensation by signing a contract with the state.

WKHs are on average a few hectares wide and mainly pieces of old-growth forests, which are home for rare and vulnerable species.  The first inventory of WKHs was carried out during 1999-2002, but it is estimated that only about 50% of the potential WHKs were found. During the last 20 years, forest management has intensified a lot, but there are still some bits of land that haven’t been cut down and hold a high value as a forest habitat.

The project ends with the first month of 2021 and is mainly financed by the Baltic Sea Conservation Foundation (BSCF). NaTourEst can pat its own back because we were one of the initiators who helped to spread knowledge about the possibilities to get the funding and to organise meetings between the BSCF and local interest groups.