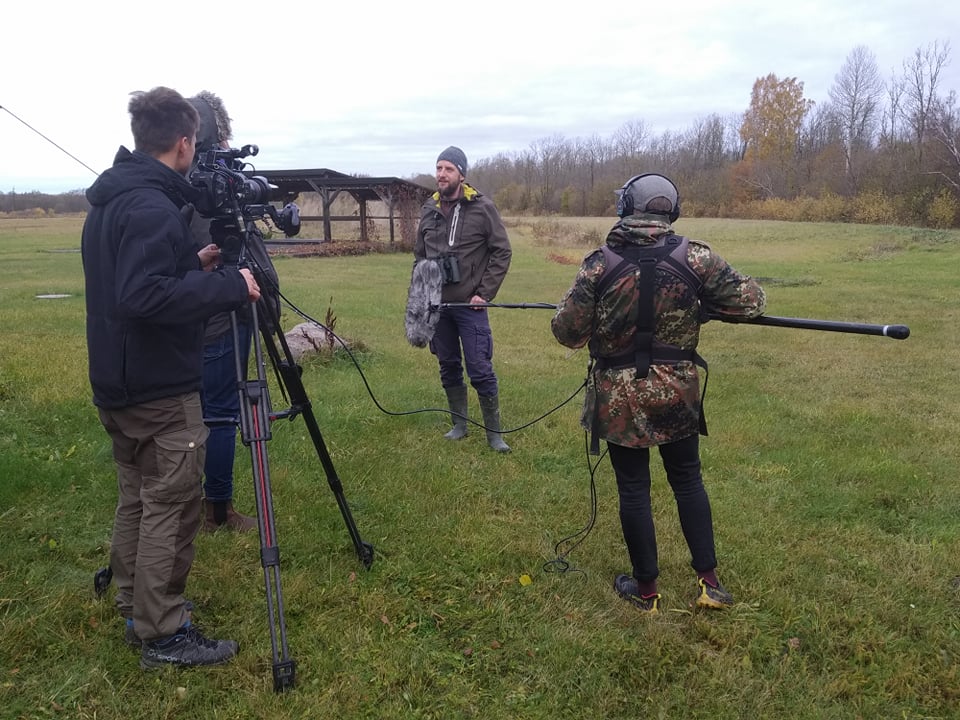 TV channel ARTE made in Summer 2020 a documentary from Brown Bears in East-Europe. They filmed a part from report by Bear Watching Hide of Alutaguse.

The autumn 2020 issue of magazine life in Estonia writes about our bear hide, form page 77.

YouTuber Lucas T.Jahn visited Estonia in Summer 2020 and made from his journey magnificent video. Among other things visited he our bear hide, in video from 15 minutes.

Vögel Magazin, September 2020 – Sylvia Koch writes about her experiences about touring with us in autumn 2019 –   “Estland: Ostzieher und Inländer”

Estonian World, July 2020 – Maris Hellrand writes about her experience in the Brown Bear hide. A great video included! – “Up close and personal…with a brown bear”.

Reverie Chaser, July 2020 – A Great overview about what to do in NE Estonia and about the experience in our new Brown Bear hide.

We Travel the World blog, November 2015. Martin Merten shares his experience of watching brown bears and other  animals in Alutaguse brown bear hide. .

You can find out more about which cookies we are using or switch them off in settings.