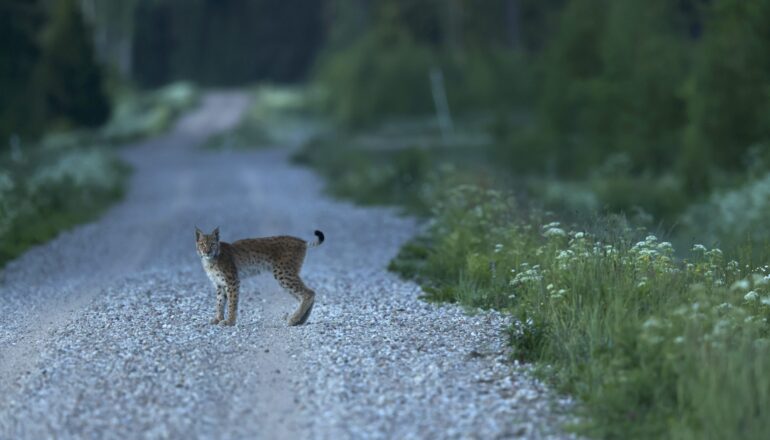 Mid-June is not always considered the best time for birding, but the last years and trips have proven otherwise. During the past years, traveling in spring and autumn was very limited due to covid-19, so we mainly managed to make nature tours in summer.

And they have been great! Besides, June can be a great time for mammal-watching!

In our last blog post, I wrote a bit about the Swiss group, who managed to see more than 220 species of birds, bearand s, Elk, Raccoon Dogs and had a mind-blowing Siberian Flying Squirrel observation during their 2 weeks in Estonia. Less than a week after their departure, a Birdingtours group from Germany had a similarly magnificent tour. What stood out the most, was the fact that they saw Eurasian Lynx twice during the tour. One time in Matsalu and the other time in Lahemaa. In Matsalu it was a really magical evening. On the same evening, there was an absurd streak of great observations. First, a Eurasian Lynx in really good light (the photo above). After that a White-backed Woodpecker, then a Pygmy Owl. Then a Ural Owl sigting (both male and female) and some Nightjars here and there. And all of this in mid-June during one night!

While during the early June tour, we managed to see an adult female Siberian Flying Squirrel, then during this trip, the guests had beautiful views of the young ones, who already dared to leave the tree cavity. Magnificent!

Besides that, they saw Brown Bears from our bear hide and then also near Lahemaa NP. There is a really cool photo series of that occasion, that I will add to the end of this blog post.

And I will also add a magazine article from “Vogel” by Nina Krueger on this tour.