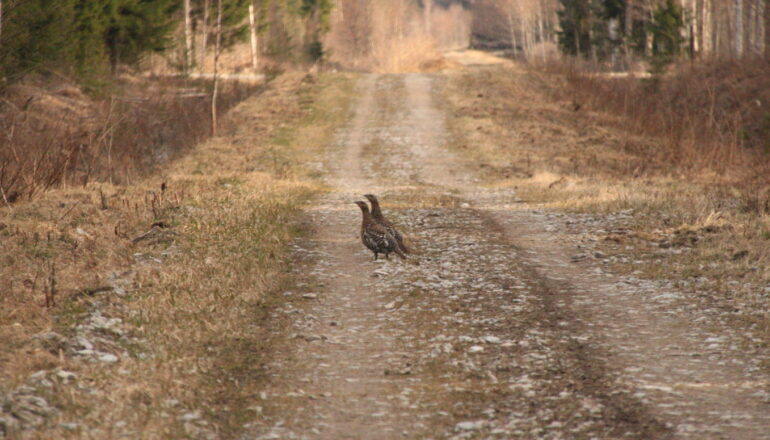 The first month of the year has flown by, bringing snow and temperatures below zero. Watching the snowstorm behind the windows of our NaTourEst office in Tallinn, it feels a bit strange to post a video from late spring, but there’s a good reason for it. Namely, exactly in a months time, the Republic of Estonia will celebrate its 100th anniversary. For this milestone year, the Estonian Society of Ornithology was looking for candidates for the Bird of the Year 2018 among the symbols of our primaeval nature. And they made a great pick – the iconic Western Capercaillie.

Quite symbolically, these old-growth forest grouse will start gathering to their lekking sites about the same time with the beginning of the anniversary celebrations in February. The lek usually lasts until the second half of May and that’s also the time we met the crazed specimen in the video. Normally, after noticing a car, the capercaillie would flee deeper into the woods. But this cock did the contrary by charging directly towards the car and giving us a day to remember. The clip was filmed in the forests of western Estonia during one of our nature tours with a group of enthusiastic birdwatchers from Germany. Of course, this kind of sighting is rare, but anyone hoping to see a Capercaillie would be smart to plan their trip to Estonia during the spring and autumn months. 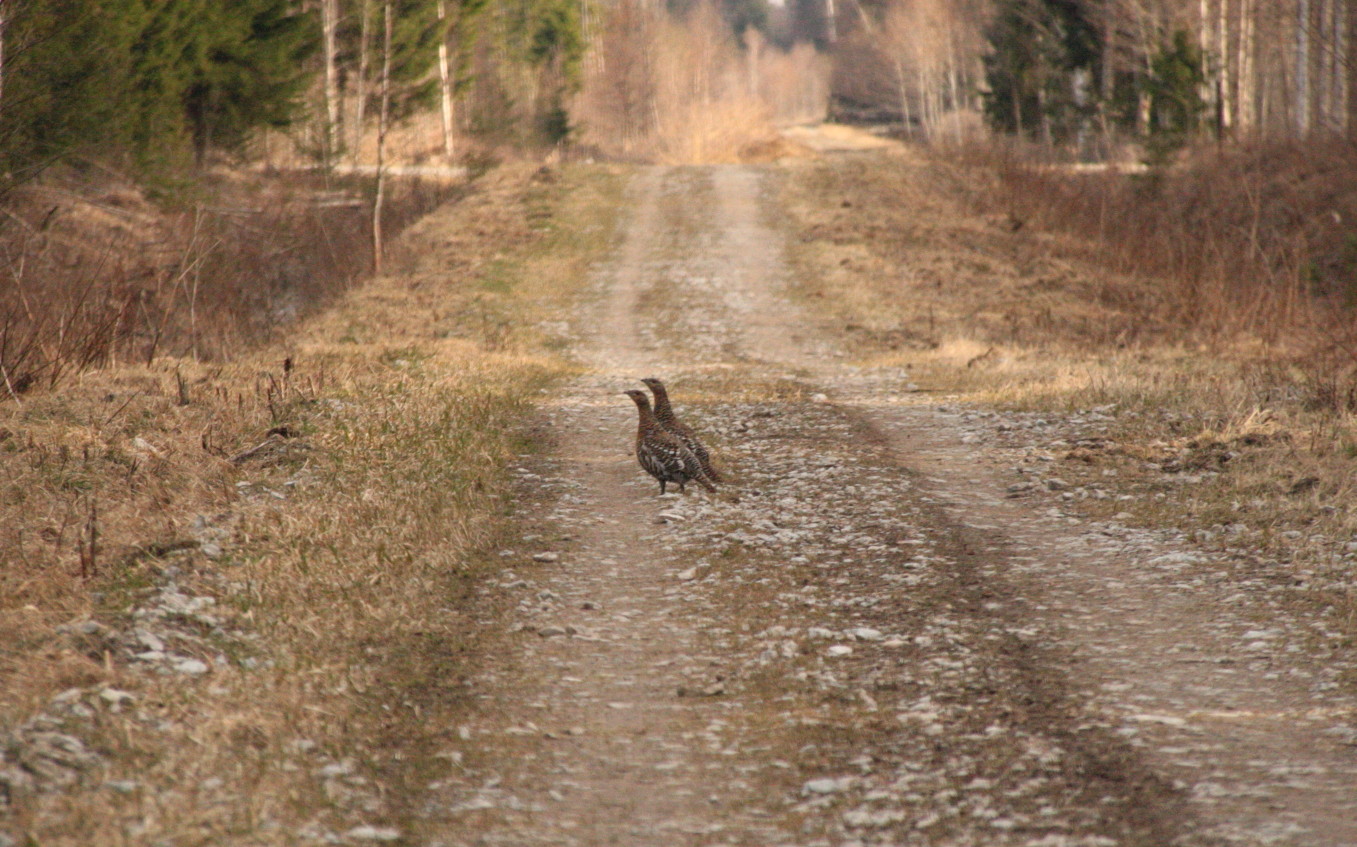 These majestic woodland grouse may “go crazy“ usually during the lekking period and it’s believed that this kind of state is caused by the hormonal regulation disorder. Abnormally behaving specimen are usually young males who couldn’t get a shot during the lek. Sometimes also the hen can’t find a partner and “lose their mind“. The ratio between abnormally behaving cock and hen is considered to be 2 to 1. At times the disorder is evoked by constant disturbance of the lek or worse, the destruction of the lekking site. Hopefully, the latter was not the case and he will get his chance this year.