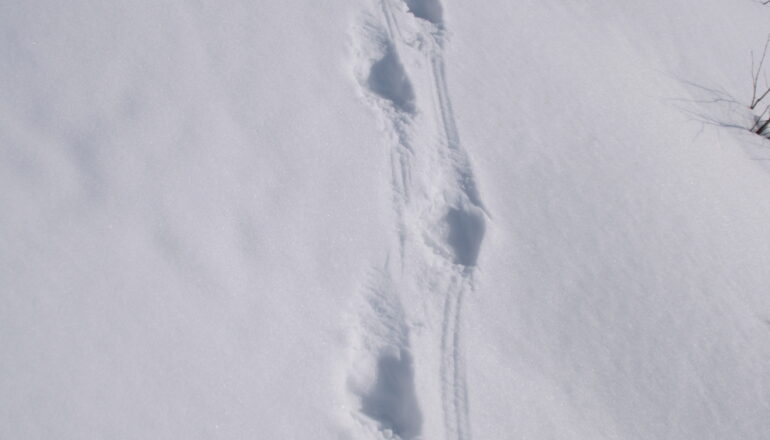 In January, Brown Bears are hibernating. The first half of January is also the time when pregnant females give birth. Usually, they have 1-3 cubs, but in some cases also 4 cubs and really rarely also 5 cubs. Throughout the existence of our Brown Bear Hides, we have also seen bear mothers with 4 cubs. Last year, there was one individual with 3 young ones. When born, bears are very small, helpless, blind, deaf, and weigh about 300-400 grams. This means they are about 500 times lighter than their mother. Human newborns are only about 20 times lighter than their mothers. After becoming a week old, they start hearing, and after a month their eyes have opened. As their mother’s milk has a 20% fat consistency, in 3-4 months they weigh already 4-5 kilos. This is very important as they need to be strong enough to take long walks with their mother after leaving their winter nest. The cubs are suckled usually for 1-2 years, in rare cases also for 3 years. The first winter the cubs spend together with their mother.

From time to time, bears are awakened from their winter nest due to forestry works or hunting. Then, they look for a new spot and continue hibernating until the start of the sping. Waking up and then falling asleep again is not that difficult for bears, as their body temperature gets only 3-5 degrees lower than usual. But that topic will be explained more thoroughly in our next blog post.

Bear stories from Alutaguse and other places

In Finland, it was believed during the middle-ages that as the cubs were naked and did not look like bears at all, their mother licked them long enough until they were more bear-like. When they left the winter nest in spring, they already had “bear-faces” on.