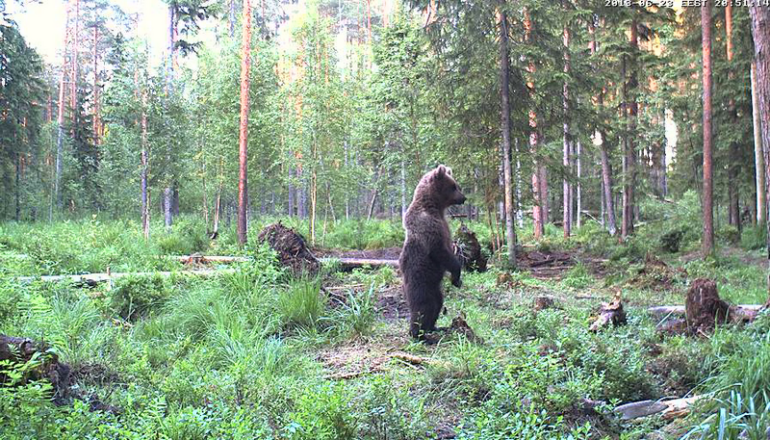 Its was interesting to watch the behavior of  Brown Bears.  In June 2013 there were 8 different bears. Two of them were 2- years old cubs. They usually came early in the evening or early mornings. Near hides  they were nervous-  looked around all the time and they stand up on their back feet. Several times we saw big male White-neck chasing them away. 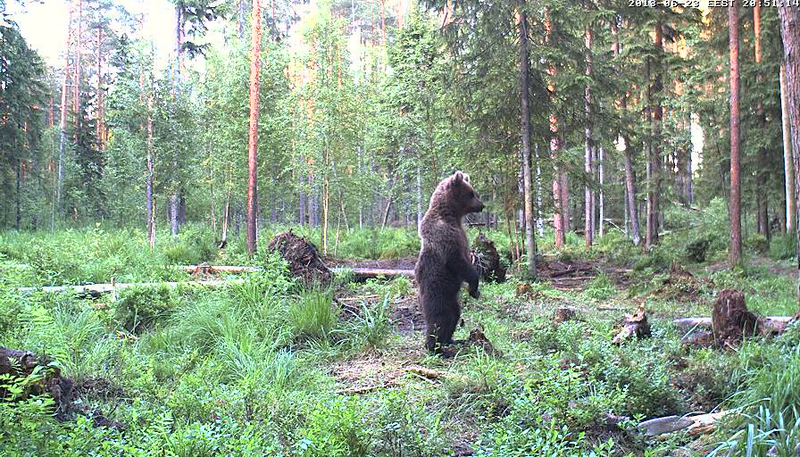 At the beginning of June there were bear family female and 2 cubs. During that evening big male Valgekrae ( White- neck) chase family up to the trees. The family waited 3 hours before it was safe to come down again.

Big male White-neck, the most seen brown bear from Natourest hide. He has a light white neck. Fat body. 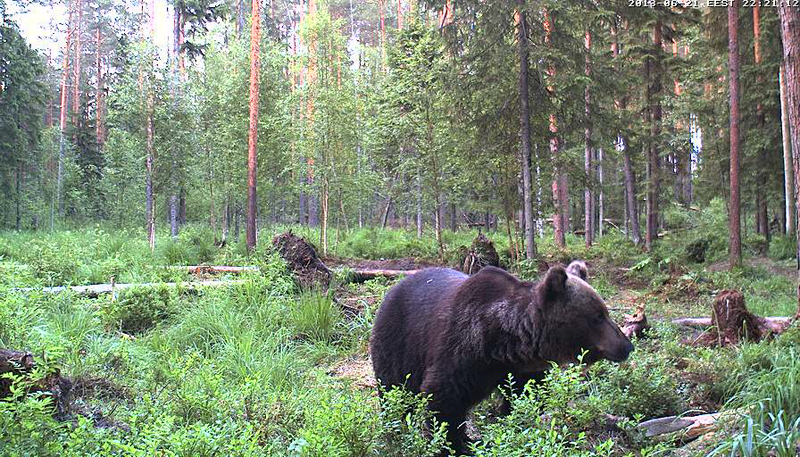 Young male bear. Visited hide area in the middle of June. Come just one evening and was nervous, left quickly. Later Tail chased him away.

So far the brown bear watching season has been May – June and September- October. Hope this year we can see the brown bears in July.

Near Natourest hides there is online web camera, keep your eye on brown bears- http://www.looduskalender.ee/node/16234